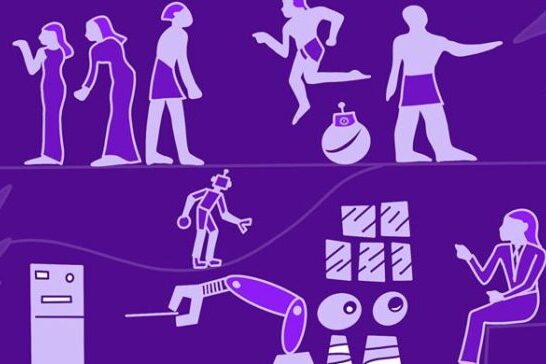 Share what you've recently enjoyed reading. In this article, we will introduce a form in which humans and AI work in different fields, and one side collaborates rather than replaces the other.

Collective intelligence refers to a phenomenon in which the intellectual abilities of a group are combined to exert greater abilities, not one's intellectual abilities. In the AI field, I think the collaboration of multiple researchers, a team rather than an individual in a company, and open source or open communities are good examples.

As AI advances, machines are increasingly (although controversial) intelligence. If so, I think that the definition of'group' that constitutes collective intelligence may not be exclusive to humans. In other words, it can be seen as a'group' that many humans and many AIs are mixed together, and in this case, not only collaborations between humans and humans, but also collaborations between humans and AIs, and cooperative relationships between AIs and AIs exist. .

Moravec's paradox means that what is easy for humans can be difficult for machines, and conversely, what is easy for machines can be difficult for humans. When talking about the future of AI, it is always assumed that AI replaces what humans are doing at the present time, but unlike this, many humans and many AIs are mixed to form another form of collective intelligence by taking on what they do well. I think about the future.