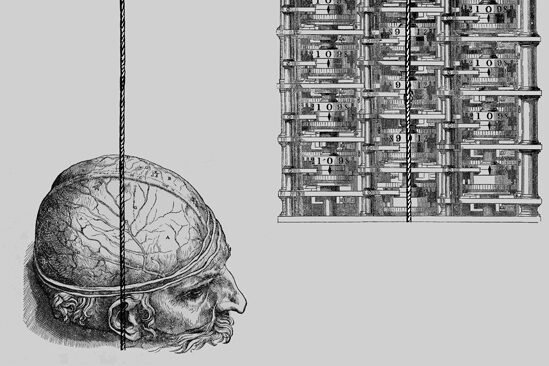 One of the recent trends is the use of super-large models, i.e. the number of parameters, and the application of conventional learning methods. Apart from the "software capabilities" that the human brain shows, I wondered how much should I increase to reach the "hardware" capabilities of the human brain? (If we reach the same hardware capabilities, it will now be a fair comparison of the algorithmic efficiency of human vs. AI)

The number of neurons that can be viewed as the main units that make up the human brain is said to be about 100B.

By simply comparing the numbers, it can be seen that it is catching up to the human brain, at least on a unit-unit basis. Of course, neurons can be seen to perform much more complex functions than transistors, but neurons operate at 1KHz, whereas processor clock speeds operate at 3GHz or more, so there is a difference of about 3 million times or more. In other words, if we can simulate the behavior of neurons with 3 million transistors, there is no significant difference in the capabilities between the two unit units. (For reference, Intel Pentium has about 3 million transistors)

The current "number of units" or "model parameters" reached by humans is already close to the level of the human brain (or is it not a very big difference), and in this structure, the number of units is not approached by scale-up alone. Even if the and model parameters are the same, we decide whether innovation should be made in the direction of more efficient operation.

For example, the number of neurons is 100B, but the number of connections between neurons is 100T, which is 1,000 times that, and all of them can operate in parallel. Current processor architectures have many serial operations. In addition, a multi-layered neural network model can be seen as a model in which layers are connected in series (either in hardware or software). I think the current neural network model reflects the behavior of unit neurons to some extent, but what if we could put the characteristics of interconnection and parallel motion between all neurons into the neural network model.

The link doesn't necessarily match the above, but it is a related topic and I enjoyed reading it.

Why Is the Human Brain So Efficient? – Issue 86: Energy – Nautilus
The brain is complex; in humans it consists of about 100 billion neurons, making on the order of 100 trillion connections. It is often…
Category: TrendJuly 29, 2020652 Views
Tags: featuredhuman
Share This Article
Share on FacebookShare on Facebook TweetShare on Twitter Pin itShare on Pinterest Share on LinkedInShare on LinkedIn