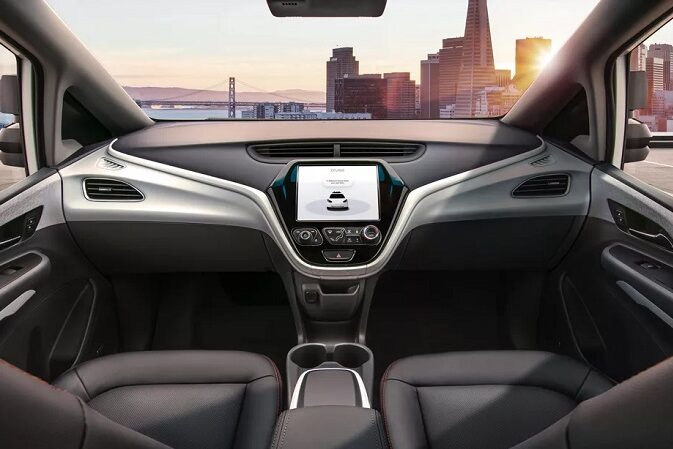 Although it is a little leap forward, if I see that the addition of physical devices to the AI algorithm is an intelligent robot, I thought that the intelligent robot that will be most popular in the future may be an autonomous vehicle. I was a little curious, so I looked for survey data on self-driving cars. We share the material we read in the link below.

When talking about self-driving cars, it is Level that comes out every time. According to the data, Level 1 (driver assistance) is an auxiliary equipment that controls steering or deceleration (e.g. Adaptive Cruise Control), Level 2 (partial automation) is steering + deceleration (requires human attention), Level 3 (conditional). automation) is a level that can be operated without human intervention, but humans can intervene and control at any time, Level 4 (high automation) enables complete autonomous driving when certain conditions are satisfied, and Level 5 (full automation) is at any time. Autonomous driving. It is explained like this. Tesla, which is at the forefront of the field, is also officially Level 2. (There are many rumors that the first Level 3 car will be Audi)

Self-driving cars are full of all kinds of high-tech technologies such as various sensors, AI algorithms, and mechanical devices to the extent that they are called the mastermind of modern technology, and the data at the link are well summarized in pretty detail, so if you are interested, you should read them.

I don't have much knowledge in this area, but I have some thoughts about social consensus rather than the technology itself, so I'll write it down. First of all, the performance of “recognition” technology can never be 100%. (Or assume 100% and can't make the rest.) All common recognition algorithms match the trade-off point between false acceptance and false rejection, but there is a debate about how to socially tolerate misrecognition. Would you like to tolerate it by inverting it with human-level reaction rates? However, deep learning doesn't necessarily cause recognition errors in that form.

Also, as has been discussed a lot, social consensus on who to hold the responsibility for accidents is difficult. Manufacturer? Judgment algorithm? owner? Insurance company? At a lower level, it is not relevant because it requires the driver's responsibility to watch, but social consensus is required to go to a higher level. To take a more complicated example, for example, if the sudden braking is late, if you just go and there is a pedestrian (my car is safe), and if you have to bump into a reassuring SUV if you avoid it (my car smashed), the self-driving car "sacrifices" itself and kills the pedestrian. You wonder if you can make the choice you seek. (It seems technically possible)

As such, self-driving cars have entities that operate in the “real-world” and are greatly affected by social consensus or legal regulations. From a technology standpoint alone, it can be said that on average they make lower mistakes than humans and the average accident rate is lower than that of humans, but once the cause of the accident that occurred cannot be explained (as in deep learning, humans can tolerate it). Is there?

(Sophistication) If it is difficult to make a perfect autonomous vehicle, you can simply create a “real-world”. It ensures that the “true value” of what objects appearing around and how they move is always delivered in advance without errors, and ignores social agreements or legal regulations. We are exempt from responsibility, and even if there is a conflict, it will pass without incident. Everyone may say what you mean, but it is possible if you convert “real-world” to “virtual world”. In fact, in the game, all of the above are easily possible, and a simple algorithm (eg auto-hunting) works without problems. If you say that it is not an autonomous vehicle, it is yes. However, it is impossible to release an incomplete version in the “real-world” intermediate step to Strong AI, but I think it is possible to apply it to the game first. At best.. I'm a little scolded, isn't it about rolling back the server?^^