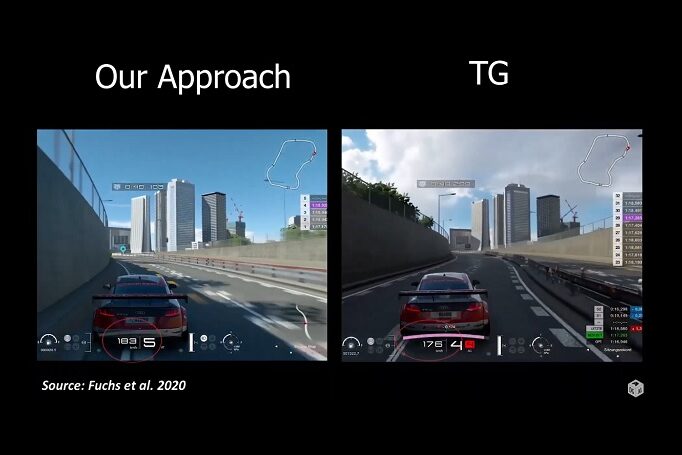 The bottom link is a review of a paper published by Sony and ETH Zurich, which shows that the reinforcement learning was applied to the famous car game Gran Turismo, which exceeded the human record.

The technology used itself is based on a simple actor-critic model that is already well known, and gives the car's state and location as input, and the reward is basically a direction that minimizes lap time, but gives a penalty in case of collision.

The trained model exceeded the record of humans who were very good at games, and optimized tracking, especially in the curve section.

Personally, I believe that the Nurburgring record used to prove supercar performance also seems to be about to be updated by AI racers and autopilot cars. Like Go, F1 may also have human drivers and AI drivers competing against each other, and humans may study while watching AI drivers' driving videos.

However, from a game company's point of view, an AI that can match the normal human level rather than a super human AI is needed.There are many cases that surpass humans in the game field, but there are not many studies on how to lower their skills in detail. It is because the method of simply applying a mechanical penalty will not be fun, so the downward method of skill should also be treated in a realistic way that is close to humans. This human-like leveling is thought to be another subject of research.

Multimodal Few-Shot Learner
July 14, 2021
Weekly Popular
Most Liked
Go to Top
Subscribe to our newsletter
Every week, various AI-related trends, research results, and Smilegate.AI employment information are shared.
You can cancel your subscription at any time.