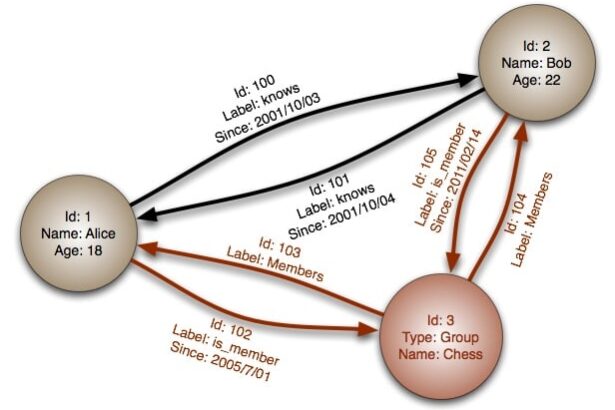 Transformers made to be applied to the field of natural language processing have recently been applied not only to text but also to various data such as images and videos, showing excellent performance. However, text, image, and video have only the difference of 1D, 2D, and 3D data, respectively, and can be viewed as unstructured data that is essentially arranged in a row. Therefore, the same transformer algorithm can be applied without major changes.

Data in the real world do not exist independently but often have a structured form by the relationship between the data. Netflix and YouTube videos, users' preferences, gamers and their games or purchased items, and even human knowledge itself is not a simple listing, but rather a structured data that is intricately intertwined with each other. Recently, graph databases are in the spotlight as a means to express these data. Each data is represented as an entity in the graph database, each entity is connected by a relationship, and each relationship has a property.

Graph transformer is a transformation of an existing transformer so that structured data represented as a graph can be used as input. In other words, it aims to learn not only the characteristics of each data but also the relationship between the data. To this end, two major changes have been made.

The first is attention. In the case of natural language data, attention is usually implemented through connections with all other words in a sentence. Of course, attention could be implemented by connecting all the nodes in the graph, but it is not efficient because the number of nodes in the graph database can be huge compared to the number of words in a sentence, which is only a few tens of words at most. Graph transformers alleviate this problem by limiting attention to connections with adjacent nodes. Depending on the field of application, it seems that not only adjacent nodes (primary neighbors) but also adjacent nodes and re-adjacent nodes (secondary neighbors) can be expanded. GPT-3 based game NPC demo
April 16, 2021
Weekly Popular
Most Liked
Go to Top
Subscribe to our newsletter
Every week, various AI-related trends, research results, and Smilegate.AI employment information are shared.
You can cancel your subscription at any time.