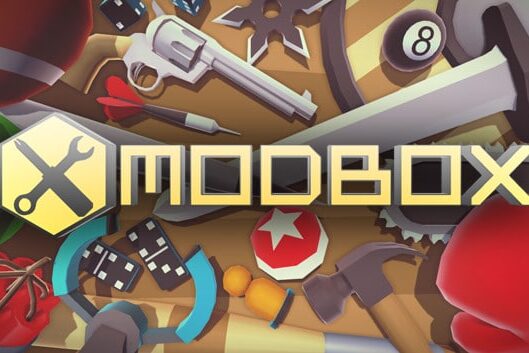 Comparing the games from 10 years ago to the current games, there are a lot of differences, especially in terms of graphics. For example, with resolutions above 4K, sophisticated graphic textures, natural 3D model animation, physics engines, light engines, and many other improvements, the game environment is gradually becoming more like the real world. However, in terms of interaction with in-game objects, it is still quite different from the real world. Of course, in recent years, storylines that support multiple branches and NPC AIs that perform various actions according to the situation are being introduced, but it is true that they are not far away from pre-designed rule-based scripts.

OpenAI's GPT-3 has proven through many examples that it can create rich and natural conversations that are far superior to existing technologies. ModBox is a multiplayer sandbox game that allows users to create and play online games that can be enjoyed by many. Using this ModBox, a simple street environment was created, and there was a demo made by attaching a speech recognizer, GPT-3, and a speech synthesizer to the NPCs that appeared, so we share this.

As you can see in the demo, you can have a more human-like conversation than the previous game. Personally, I think that interactions within the game will also develop similarly to the real world, and interactive AI will play a large part in this process. In recent years, deep learning-based super resolution technology is supported by the latest NVidia GPU, and AI technology is gradually being used in games. In the future, it is predicted that the intelligence engine will be introduced into the game in the future as the physics engine and the light engine did.

However, there are many points to consider as to whether all future games will change in this way. For example, NPCs in MMORPGs usually perform some sort of function, such as giving quests or selling equipment, rather than being a conversation partner. Whether introducing advanced interactive AI to these NPCs will really help the end-user experience seems to be an interesting issue in the future. In the case of fields with a large number of users, such as games, it is difficult to apply a complex algorithm such as GPT-3, and in the end, we have to go to the form of AI that operates directly on the user's device. In the case of CounterStrike, there are more than 1 million concurrent users, and considering the situation where they call the GPT-3 API at the same time, it would be almost impossible to have business value.

This GPT-3 Powered Demo Is The Future Of NPCs
MUST WATCH: the developer of Modbox linked together speech recognition, OpenAI's GPT-3 AI, and Replica's natural speech synthesis for a mind-blowing demo: NPCs you can actually talk to.
Categories: Interaction, TrendApril 16, 2021644 Views
Tags: gpt-3gamenpc
Share This Article
Share on FacebookShare on Facebook TweetShare on Twitter Pin itShare on Pinterest Share on LinkedInShare on LinkedIn