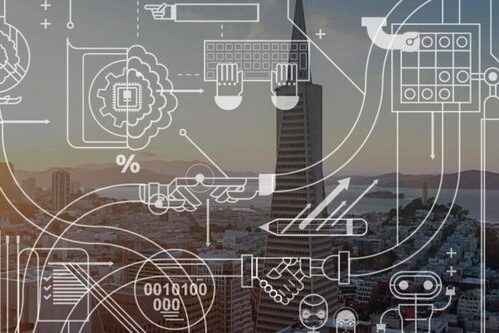 Dr. Eric Horvitz, former president of the Association for the Advancement of Artificial Intelligence (AAAI), an association that studies artificial intelligence in the United States, and computer scientists at Stanford University, the AI100 (One Hundred Year Study) studies the impact of artificial intelligence in the second half of 2014. on AI) meeting was created. Periodically, every 5 years, a 17-member Standing Committee is composed of experts with AI expertise in not only academia and research institutes, but also each industry (especially law, politics, science, policy and economy, etc.) We are predicting and examining the current position of artificial intelligence to the general public, the changes and possibilities that artificial intelligence has in each area of our lives, and its side effects. In addition, it aims to help relevant industry experts and government decision-making by explaining the potential for future use in fields where existing AI technology is applied, and the impact and concerns after introduction in fields where AI is potentially introduced. In addition to providing reports, we are also conducting activities to prepare related laws and systems in advance.

September 1, 2016 Under the theme of [Artificial Intelligence and Life in 2030], employment and work, healthcare, public safety and security, entertainment, education, robots for home and service, and transportation in eight major areas that are transforming work and life. , looked at poor areas. [Gathering Strength, Gathering Storms] was created in 5 years by aggregating the contents discussed in the two workshops in 2019, which were hosted based on the feedback received after the first report was published, and the report published every year at AI100 in Stanford University's Human-Centered Artificial Intelligence Institute. The second report was published.

We share with our readers the most interesting parts of them.

First, it starts with the question, “How far have we made progress in understanding human intelligence?”

To answer this question, experts first redefine human intelligence. In the early days of AI research, human intelligence was measured only as a measure of human information processing ability (for example, how to interpret and solve complex problems and make rational judgments and quick decisions). Other factors used to understand intentions and help us make decisions (such as emotionally nuanced relationships, attitudes, emotions and other bodily signals) are also argued to be important metrics. This is a passage where you can see that the definition of intelligence has changed over the past five years.

And the report asks the question, “What do you think is the most inspiring and challenging task?” and asks what AI experts are paying attention to. Many existing AI research and competitions have focused on AI performing specific tasks or reaching benchmarks. For example, we focused on solving problems such as improving accuracy based on well-formed datasets. However, if we look at the research based on social science and humanities over the past five years, rather, our research direction is the ultimate goal for creating AI that can solve human needs, reach the ultimate goal, understand human values well and cooperate. It was showing that it was farther away from the in-direction.

One example is AI's issues of prejudice and discrimination based on race and gender. The reason this problem originated is that we aimed only to improve the accuracy of the dataset, and the nature of the data, that is, what each data symbolizes, what the quality is, and each error means different human values and different values. They say it's because they weren't fully aware that it could have consequences. To solve this problem, collaboration among computer scientists, social scientists, and humanities is necessary.

The subject can also be considered in connection with the Turing Test. In 1950, the Turing Test tested whether we could distinguish real women from bots that mimic women, and gradually we aimed to see how well bots could mimic humans with this test. However, experts argue that today's Turing Test also needs to consider the problems that can arise from tricking the robot into pretending it's talking to a real human. For example, due to the dazzling development of AI in recent years, there are cases that have caused political anxiety and confusion in social media due to images, videos, and texts that are indistinguishable from the human-made version. Barbara Grosz, an American computer scientist and professor of natural sciences at Harvard University and a pioneer in contributing to the natural communication between humans and bots, also said in 2012, “What Question Would Turing Pose Today? (What kind of question would Turing present today)” mentioned the importance of this and emphasizes the need for a bot that can communicate naturally with humans without deceiving them as if they were humans.

As part of this report (https://ai100.stanford.edu/2021-report/gathering-strength-gathering-storms-one-hundred-year-study-artificial-intelligence), AI experts around the world It was a report that allowed us to read the current progress of the research and the direction of the future research. Overall, the report sees AI as helping and complementing humans, arguing that these relationships must be integrated, respected and maintained. In addition, it is emphasized that the development of AI should be organically related to social science aspects, not just a piecemeal engineering approach. 12 Standing Questions and 2 Workshop Questions are covered in this report. If you would like to read the views of world-class AI experts in more detail, please refer to the attached report.

truck platooning
September 12, 2021
Weekly Popular
Most Liked
Go to Top
Subscribe to our newsletter
Every week, various AI-related trends, research results, and Smilegate.AI employment information are shared.
You can cancel your subscription at any time.