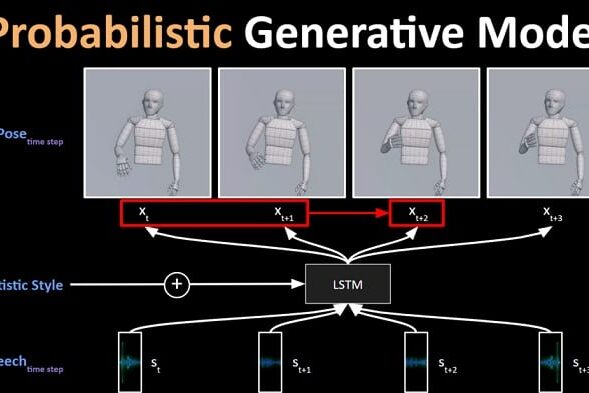 LipGan is the study of creating mouth shapes from speech signals. It is a technique that can be useful for creating an animation of a virtual character's mouth, but when applied in practice, the limitation is clear because only the lips of a character standing still move. In fact, when humans communicate, they use abundant body movements such as upper body movements, face direction, and hand movements, rather than moving only the lips.

To solve this problem, the research in the link below generates 3D models of body and hand movements from audio signals. Specifically, it uses an auto-regressive model such as LSTM to learn motion information from the time series distribution of body postures. At this time, the previous body posture is input to predict the next posture. By providing the acoustic feature vector extracted from the voice as an input, body posture time series data dependent on the voice signal can be obtained. However, it is said that a probabilistic generation model was also introduced to prevent this, because if the same behavior is always performed when the same words are said, the utility is reduced.

The code is also open, but I couldn't run it because part of the dataset was not accessible. I'll share the github link and the link to the review article page below. 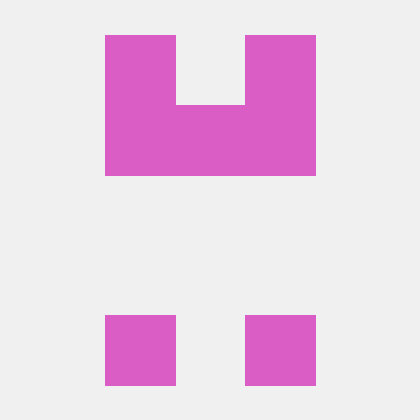 Speech-Controlled Body Animations With Deep Learning
AI techniques like LipGAN can generate lip movement animations on a face using just a speech audio file as input. This is great for automatically generating many talking animations in games. Now, in…
Categories: Visual, CodeSeptember 2, 2020292 Views
Tags: body animationspeech
Share This Article
Share on FacebookShare on Facebook TweetShare on Twitter Pin itShare on Pinterest Share on LinkedInShare on LinkedIn

Memory optimization technology for very large models
January 27, 2021
Weekly Popular
Most Liked
Go to Top
Subscribe to our newsletter
Every week, various AI-related trends, research results, and Smilegate.AI employment information are shared.
You can cancel your subscription at any time.