Performance analysis of human and AI for image classification 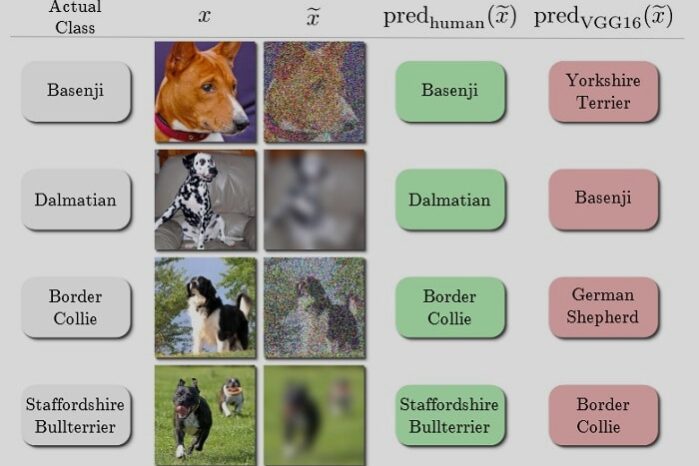 Imagenet-1K (1000 class image classification problem) is a task that has been optimized with the development of CNN. AlexNet's TOP-5 error, which announced the beginning of the deep learning era, was about 17%. Considering that the TOP-5 error of the existing top technology (SIFT+FV) at that time was about 26%, it can be seen that significant improvement has been made. Since then, as various developments have been made, the TOP-5 error has fallen to 1.3% (FixEfficientNet_L2), which is 1/13 compared to AlexNet and 1/20 compared to SIFT+FV.

So, how about comparing it to human performance? There are various studies related to this, but for the Imagenet-1K task, human performance is reported to be approximately the level of TOP-5 error 5%. Of course, we don't just ask the human for the test image of this task, we have to go through the process of “learning” by looking at all the images contained in each class to simulate the “learning” process. If you look at these results alone, it seems to have already outperformed humans in terms of image classification.

In the post below, we added distortion (add noise, add blur) to the image and compare the performance between human and CNN again. Of course, since the paper was written a while ago, the latest models such as FixEfficientNet_L2 were not used, but models such as GoogleNet, VGG, and ResNet were used for comparison. But I don't think the conclusion will change much.

As a result of the experiment, several facts were derived.

On the other hand, we analyzed whether there was a correlation between the “wrong type” between humans and CNNs as noise and blur increased, but there was no clear correlation. I think this means that current CNNs cannot be seen as mimicking human visual cognitive systems, and that there may be fundamental differences between the two systems. At least, it seems that there is still a need for research on "what do humans do?" on how to counter visual distortion.

A Study and Comparison of Human and Deep Learning Recognition Performance Under Visual Distortions
Deep neural networks (DNNs) achieve excellent performance on standard
classification tasks. However, under image quality distortions such as blur and
noise, classification accuracy becomes poor. In this work, we compare the
performance of DNNs with human subjects on distorted images. We show that,
a…
Categories: Visual, InteractionSeptember 16, 20201,020 Views
Tags: featuredhumanimagenet
Share This Article
Share on FacebookShare on Facebook TweetShare on Twitter Pin itShare on Pinterest Share on LinkedInShare on LinkedIn

Blender 2.0 overcomes the limitations of Open Domain chatbots
July 24, 2021
Weekly Popular
Most Liked
Go to Top
Subscribe to our newsletter
Every week, various AI-related trends, research results, and Smilegate.AI employment information are shared.
You can cancel your subscription at any time.