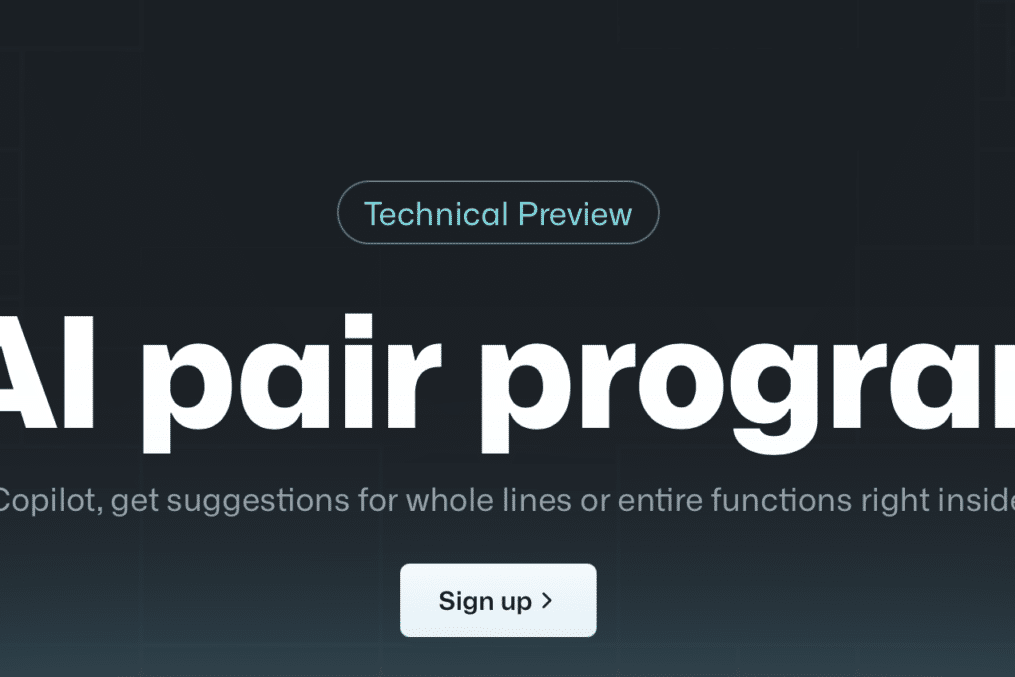 Last June, Github and OpenAI jointly developed CopilotThis has been revealed.
Copilot, like GPT-3 in natural language, can analyze and understand the context of a given code, and then generate the appropriate code.

You can apply for use of Copilot by clicking the link above.
Once licensed, you can test it either through the API or through vscode's plugin.

First, I wrote a code that generates natural language using huggingface's gpt-2!
Since it is to create a specific library by designating it, it would be an impossible task without knowledge of that library, right?

It has some errors, but it still generates very well the way you want it!

Actually, I am coding with copilot enabled all the time while coding recently.
It felt like I was doing pair coding with a helper who was very good at coding 🙂

These Copilots are based on Codex developed by OpenAI, which is said to have learned several terabytes of Github code.
An example of codex was recently released, and it is said that it can show great results like the video below.

AlphaTensor
2022년 October 14일
Weekly Popular
Most Liked
Go to Top
Subscribe to our newsletter
Every week, various AI-related trends, research results, and Smilegate.AI employment information are shared.
You can cancel your subscription at any time.